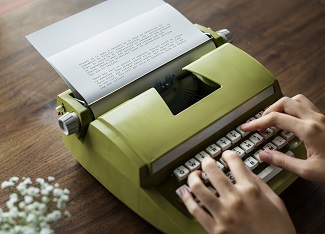 The e-Forum “Migration Madness and How to Get Through It” discussed all aspects of an integrated library system migration from the RFP process to implementation.  The forum, which ran from November 10-12, included 24 participants responding to 10 questions covering varying points of the process.

Our e-forum began with introductions and getting background on whether people had been through or were going through a migration, and the types of libraries in which they worked.  We had participation from all types of libraries – academic, public, and special – from across the United States and beyond.

Participants exhibited a wide array of experience with migrations, with many having been through more than one in their time in libraries.  Systems commonly being migrated to recently (or currently) were Alma/Primo, FOLIO, and Koha.   Others are just now starting to look at potential options, with open-source systems often being considered.

The pros and cons of open source systems were discussed.  One member pointed out that often open-source solutions may be higher in power, but less user-friendly.  A main thread throughout regarding these options was technical support – it is definitely needed, and you may not have it in-house.  Even if one contracts with a company for hosting, technical knowledge may be necessary.  At least one person commented that it was “too problematic not having support” which became a deciding factor in the decision not to go with such a system.  “Too much flexibility” was another comment about open-source systems, and that without programmers or tech people on site, relying on the hosting company just to do something straightforward may become time consuming.

On the other side, open source systems usually have very robust and active user communities.  These communities provide knowledge and are very helpful.  Customers who choose these options may have more say in what the system can do and become more involved in the development process.  With concern about consolidation in the field, open source offers another option in this market.

One respondent pointed out the separation between migration and implementation.  Implementation is the part right AFTER the migration, where you figure out how to work in the new system.  This is a very important part but is sometimes overlooked as so much is spent focusing on the migration part of the process.

Advice was offered to a solo librarian on getting support for a migration, with project management being a concern.  A reply indicated that a short project management workshop could help, and offered the advice “to think ahead to the end targets (both what and when) and break it down into chunks working backwards making more granular targets to make sure you get to the end with everything desired in the time frame desired.”

On day two and three, the conversation shifted to suggestions on what to do/not do if you are thinking about a migration.  Many great tips were offered, with a couple of them being repeated by multiple participants.  Here is a list of those tips:

Some specifics on data cleanup were given, which may be dependent on the systems involved in the migration.  For example, one should delete old locations, acquisition codes, vendors, etc.  Clean up OCLC numbers, especially if this is being used as a match method (as it is in Ex Libris’ Alma Network Zone).  Separate print and electronic if on the same record and make sure locations or other codes match between the bibliographic/holding/item records.

One of our last questions asked about the experiences of migrating during a pandemic.  In some ways, it was helpful as it was easier to schedule staff trainings virtually and more people could attend.  Some libraries were shut down during part of the migration period which meant less items being circulated, ordered, processed, etc.  On the other hand, the pandemic situation most likely caused added stress to an already stressful process.

Core e-Forums are two-day, moderated, electronic discussion forums that provide an opportunity for librarians and library professionals to discuss matters of interest on an email discussion list. These discussions are free of charge and available to anyone who wishes to subscribe to the email list.