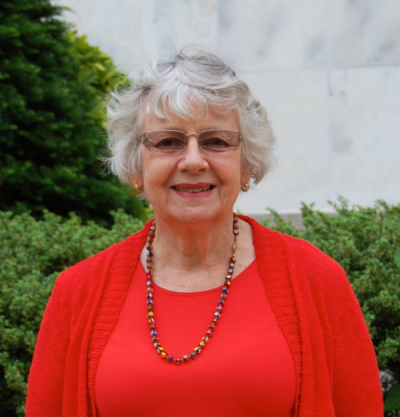 Judith P. Cannan has been selected as the recipient of the 2022 Margaret Mann Citation, sponsored by OCLC and Core: Leadership, Infrastructure, Futures. She is the Chief of the Policy, Training, and Cooperative Programs Division at the Library of Congress, and is a respected leader, innovator, mentor, and trailblazer. She has made significant contributions to the library profession during a career that has spanned more than 50 years and influenced generations of cataloging practitioners.

After carefully considering this year’s accomplished pool of nominees, the selection committee unanimously chose Cannan as the 2022 Citation recipient due to the numerous letters of support that mentioned her impact both on the national and international level, as well as her efforts to garner feedback from the non-LC cataloging communities when developing policy. In particular, committee members noted Cannan’s ongoing leadership in PCC, NACO, etc. has had great impact on the cataloging profession. She was instrumental in developing the training materials most libraries used when adopting RDA, and she continues to lead these efforts for the BIBFRAME initiative. “Throughout her career,” Mann Citation Committee Chair Jessica Hayden, said, “Judith Cannan has been a leader in cataloging policy and training development, and that leadership endures as the field continues to evolve.”

When notified of her selection, Cannan said, “I am greatly honored to receive this award.  What I have achieved has only been possible because I have had the pleasure to work with so many outstanding catalogers and library professionals.”

Cannan played an instrumental role in the decision to make cataloging training materials produced by LC and the PCC freely available on LC’s Catalogers Learning Workshop (CLW) website. Prior to this change in policy, such training materials were often password protected and sequestered locally, rendering them inaccessible to a broader audience. The decision allowed all catalogers to receive training at their local institution at their own pace, resulting in considerable cost-savings to institutions worldwide. Her ongoing commitment to ensuring free access to LC/PCC training materials provides an invaluable service to the entire library community, especially those institutions of limited means unable to take fee-based training.

During RDA implementation, Cannan oversaw the entire training operations for the hundreds of catalogers at LC as well as catalogers at the many hundreds of PCC institutions. She created detailed training plans, with strict timelines, for both classroom and online training sessions and coordinated the development of comprehensive training materials in multiple formats and for multiple audiences. Her colleagues noted in their nomination letter that the successful transition of LC and the PCC community to RDA was largely due to Cannan’s vision and leadership.

Her colleagues also noted that Cannan recognized the potential of linked data techniques to enhance user interaction with library resources several years ago. She has served as a strong advocate for BIBFRAME and has promoted the model to the library community by participating in numerous webinars, BIBFRAME demonstrations at ALA, and linked data workshops at PCC meetings. Her many efforts over the years have helped demonstrate that BIBFRAME is a viable replacement for MARC. In January 2022, Cannan began an effort to train the additional 350 LC library staff in the use of the BIBFRAME system in preparation to move the pilot into production, which will be a giant step toward moving away from the current MARC-based system.

As a respected leader in the serials cataloging community during the transition to AACR2, Cannan published two monographs and a number of journal articles on topics relating to AACR2 and serials cataloging. Always eager to use technology to professional advantage, she organized ALA’s first video teleconference, on the topic of cataloging rules and formats, while serving as Resources and Technical Services Division (RTSD) president.

Her colleagues also stressed how Cannan’s resilience, adaptability, and embrace of change have shaped not only her own long career but also helped to guide many others through their own. She has played an instrumental role in implementing career enhancement and leadership development programs at LC and has often served as a formal mentor in these programs.